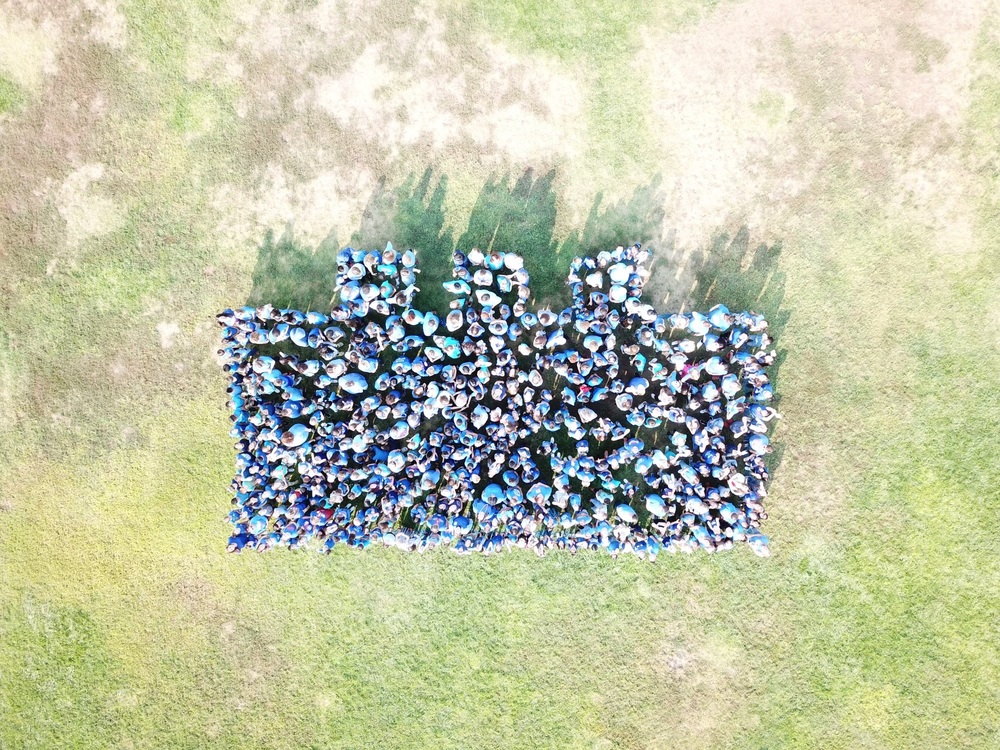 The students and staff who are all wearing BLUE at HES today, gathered out on the west playground to create a BLUE LEGO for our 22nd Annual Playground Picture.  This tradition was first started back in 2001, to show solidarity one week after the terrorist attack on New York City and Washington D.C.  Cassidy (Reed) Chavez, was a 2nd grader at the time, and came up with the idea to create a red, white, and blue flag out on the playground since everyone was wearing school colors that Friday.  Twenty-two years later, we are still taking an Annual Playground Picture that depicts our school theme for the year,  and have expanded from taking the picture from the roof of the school with a camera to using a drone which is piloted by Matt Rome.  As always, the event is concluded with lots of school spirit in the singing of the school song.  At HES this year, we are "BUILDING OUR FUTURE" and this BLUE LEGO represents just that!